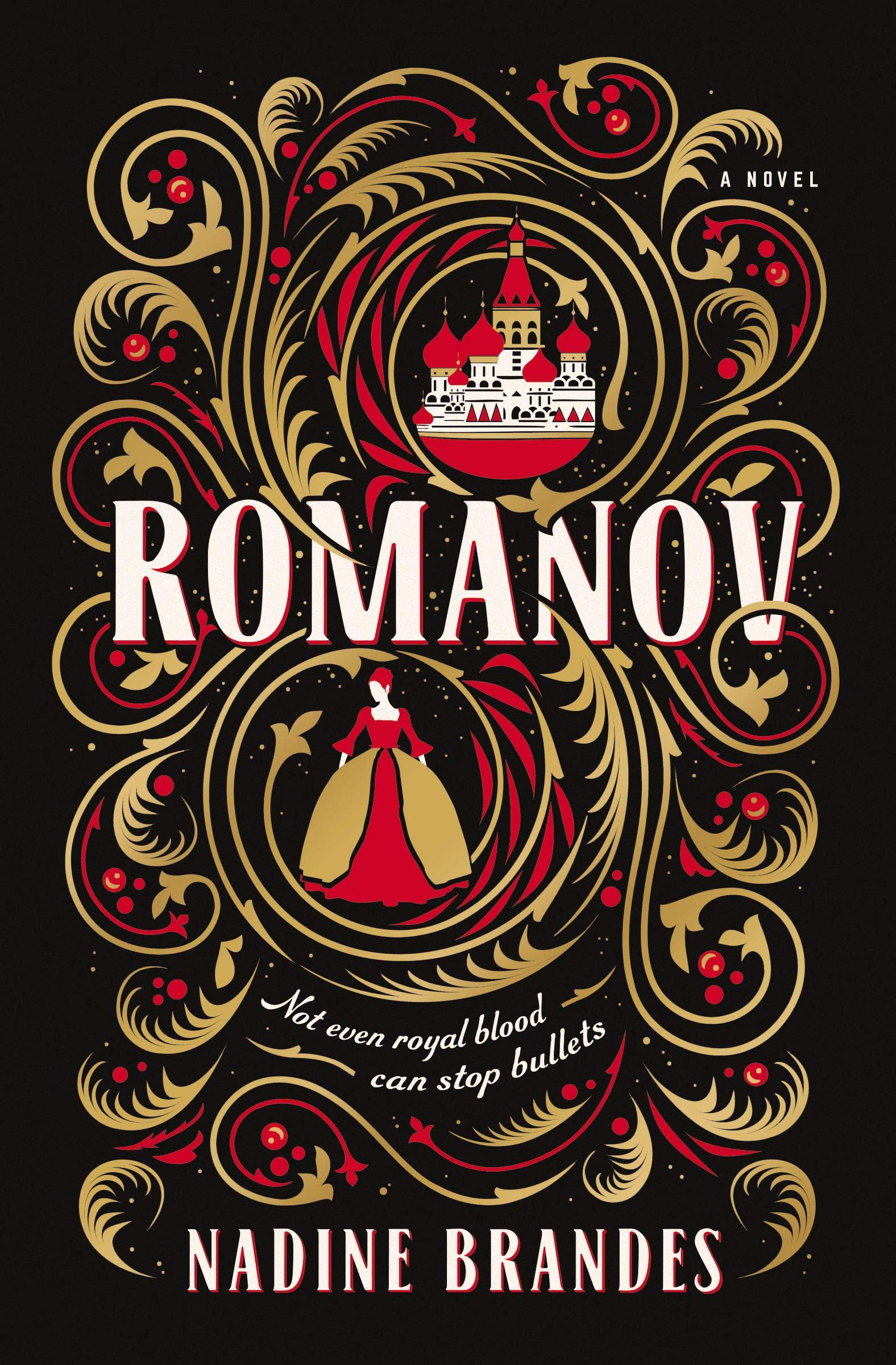 Get it here! | Add it on Goodreads!

The history books say I died.
They don’t know the half of it.

Rasputin is dead, the Tsar has left his throne and a revolution is sweeping through Russia. Seventeen-year-old Nastya, the former Grand Duchess Anastasia, has been given the task of smuggling a magical object into exile. With the Bolsheviks outlawing magic, the magical matryoshka doll her last hope of saving her family and curing her ailing brother, Alexi. When the inevitable occurs, Nastya must trust in her magic – and a handsome Bolshevik soldier – to find the spellmaster who can save them all.

First thing first, the cover for Romanov is absolutely beautiful. I love the colours, the illustrations, and my goodness! That font! The cover was a big draw for me and I would love to have this on my shelf for aesthetic merit alone!

That being said, I wasn’t a huge fan of Romanov. It is very much a case of  “it’s not you, it’s me” so please don’t let my rating dissuade you. If you love magic and drama and adventure, you may well enjoy Romanov. I didn’t.

Being a bit of a history and crime nut, I was already fairly familiar with the lives and fate of the last Russian royal family. I tend to avoid historical fiction that deals with Big Tragedies in history because I feel like I’m sitting there waiting for the other shoe to drop. The inevitable fate of the Romanov family is, of course, inevitable. For those who are not aware, feel free to skip this review or check out the Wiki here. From the publisher’s blurb, I had assumed that the assassination of the Romanovs would take place early on in the story, but this event doesn’t take place until almost halfway through the book. Most of the time before this is spent languishing in various states of imprisonment and oppression, building up characters and connections that were would, again, meet an inevitable end. I understand the purpose was to make the emotional payoff greater, but knowing their fate was, again, inevitable I don’t think it had the impact it could have. This, coupled with the fact that Nastya bearly spares a thought for any of the lost, besides her father. For someone so apparently family oriented and so close with her family, I thought this was strange. Despite my grumbling at the slow pace early on, Brandes filled this time with some really beautifully written quiet dramatic moments.

It doesn’t frighten her as much as her growing attraction for Zash. She likes him. She thinks he might even like her . . .
That is, until she’s on one side of a firing squad . . . and he’s on the other.

The romance, oh boy the romance. Zash is our bad boy Bolshevik love interest and I wasn’t such a fan. I love a bit of Star-Crossed love but something about the pacing of it threw me off, but I suppose that could be said for the story as a whole. It takes months for Nastya and Zash’s relationship to develop when they’re guard and prisoner (yucky), but then only days for them to reconcile having been executioner and victim.

Though it may have been better developed, I found the magic system to be really creative. The first spell cast on the pages had me sitting back and wishing I’d thought of that first! Again, much of this is my own issues with historical fiction in general. Romanov was beautifully written and well researched and Brandes deserves recognition for that. It is an excellent addition to any historical fantasy collection.

Romanov hits shelves on the 7th of May!