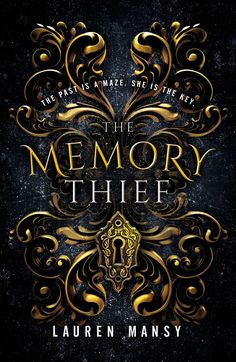 Get it here! | Find it on Goodreads

“They say memories are the same as living it,” he says, swinging his arm around me. “But you have to admit, Jules. Real life is so much better.”

Review copy provided by the publisher through Edelweiss. The published text may differ from the very early ARC that I received.

Please be aware that this review contains spoilers.

Skin on skin is all it takes for Etta to steal a memory to claim as her own. Under the brutal reign of Madame, memories have become a commodity in the city of Craewick. Memories of the poor and condemned are sold at the auction block under the watchful eyes of the cruel Minders. Working with the Shadows, an underground memory black market, Etta learned to harness her abilities to steal memories back from the rich Hollows to return to their rightful owners. But six years ago, Etta did something unthinkable and a bargain with the Madame is all that keeps her alive. When Madame threatens to send Etta’s mother’s memories to the auction block, Etta has to learn to face her past to take back the future of her country.

I had such high hopes for The Memory Thief and was expecting something along the lines of The Empire of Talents or Everless but unfortunately, The Memory Thief failed to deliver. Mansy had such an amazing concept – a thief in a world where memory is currency! – and I really feel that if it weren’t for some issues with pacing (and let’s be honest, flashbacks) this could have been amazing! There will be spoilers ahead.

Something that Mansy did really well is her characters. I feel like we didn’t get to know them for long but it was a real joy reading how Mansy’s characters spent time with one another. Etta’s flashbacks of her Shadow family and Etta and Reid’s bonding journey were one of my favourite parts of the book.

So let’s look at some of the problems I had-

Pacing: The whole book takes place over just under a week. This was an ambitious timeline for all of the events – and romance- to happen in and unfortunately I don’t think it was executed as well as it could have been. The first half of the book seemed to drag on a bit, but that is going to happen when setting up a fantasy world and your characters are preparing for a journey and can be forgiven. It dawdled on a bit but it wasn’t too much of an issue. The issue for me came at exactly 57% (I took note!) when everything seemed to shift and then things started happening like BAM BAM BAM BAM and it was all too much at once. So much so that the timeline started to get a bit messy (travelling the span of a kingdom in a whole day?) and scenes that should have felt like a centrepiece felt really rushed. There is a reunion around halfway through the book that felt should have been much more emotional and drawn out for the gravity of it,  that took place in a matter of paragraphs. The rushed pace of the latter half of the book really pulled me out of the story and I hope that some revisions will be made to pace it out a bit better. I really think this story would have been better split into two books (or given the chance to be a longer book), giving Mansy more time to explore her world and get everything she wanted.

This ties a bit into the pacing issue, but there were times when a character or a place as so built up in the narrative, only to be completely pointless, underwhelming or to be passed over so quickly that it didn’t really matter. The best example is probably the infamous maze that is even mentioned in the book’s tag line that ends up being extremely insignificant in the long run. I think it is one of those examples of how much potential this story had and what it could have been given more time to explore it on page.

Flashbacks: It wasn’t until I was almost finished the book that I realised just how often a flashback scene was used to infodump, or Etta says something along the lines of “I thought back to what my mother said [three pages ago in a flashback]”. I understand how thematically appropriate this is considering the book’s subject matter but it was irritating to be constantly pulled out of the current action to see something in a flashback that could have been conveyed another way. I had the same issue with Etta recalling something that another character said a few pages back – it felt like I wasn’t being trusted to remember what happened or what theme we were currently exploring.

I don’t want to be entirely negative because I really did love the characters and the world Mansy crafted! I think that this will be one of those it’s not you, it’s me books. I hope that Mansy is able to refine her story for any possible sequels because I’d still be interested to jump back into the world of  The Memory Thief.

2 thoughts on “Review: The Memory Thief by Lauren Mansy”